Dementia, as defined by the World Health Organisation (WHO), is usually of a chronic or progressive nature, in which there is deterioration in cognitive function beyond what might be expected from normal ageing. It affects memory, thinking, orientation, comprehension, calculation, learning capacity, language, and judgement. In Australia, it is the greatest cause of disability in adults over the aged of 65. One in 10 people over the age of 65, and three in 10 people over the age of 85 is estimated to have dementia. In the residential aged care setting, people with dementia accounts for about 52% of all residents.

WHAT ARE DIFFERENT TYPES OF DEMENTIA?

Alzheimer’s Disease is the most common type of dementia, it accounts for 60-70% of cases worldwide. It has a gradual onset of symptoms, and is a progressive disease which worsens over time. Symptoms include deficits in memory, impaired language comprehension, difficulties in speech production, dysfunction in visual and spatial awareness, and psychological and behavioural changes. Alzheimer’s Disease is characterised by deposits of toxic peptide between neurons causing disruption in normal brain function, as well as tangles in the neuron structure, causing disruption in the transportation of energy and nutrients to the neurons, leading to cell death and brain atrophy.

Vascular dementia is the second most common cause of dementia. Although there are many different types of vascular dementia, they are all characterised by impaired blood supply to the brain. Typically, there is an abrupt onset of symptoms, followed by a progressive step-wise decline. Vascular dementia is preceded by effects of vascular disease, which involve damage to the blood vessels leading to reduced blood flow to the brain. The reduction of blood flow deprives neurons of nutrients and oxygen, leading to cell death and brain atrophy. This usually occurs in the areas of the brain responsible for memory, thinking and language, and lead to cognitive deficits.

Vascular dementia can be classified into four different types:

Lewy body dementia is linked with abnormal protein deposits that accumulate inside neurons at the pre-synapse in the brain, forming ‘Lewy bodies’. This type of dementia is rapid. Unlike Alzheimer’s Disease, memory deficits are usually affected later on, and it usually affects the semantic memory which is responsible for recollection of general facts/concepts.

There are three core features of dementia with Lewy bodies:

There are three different types of Frontotemporal dementia:

HOW CAN PHYSIOTHERAPY HELP?

Essentially, the role of a physiotherapist in the management of dementia is dependent on the severity of the dementia.  Ideally, interventions need to be implemented as early as possible, when the potential for motor learning is at its greatest.

STAGES OF DEMENTIA AND PHYSIOTHERAPY GOALS

The physiotherapy goals for each stage requires consideration of the cognitive and functional capacity of the individual.

Numerous literatures exist investigating the positive effects of exercise in the management of dementia. According to research, in addition to improving physical function and reducing risk of falls, exercise also has a protective effect against cognitive decline and reduces risk of cognitive regression. People living with dementia often experience other age-related co-morbidities which may be improved and better managed with exercise (e.g. osteoarthritis, osteoporosis and diabetes). It also promotes better cardiovascular health, which is especially important for those affected by vascular dementia. Physical activity also elevates a persons’ mood by activating the reward and pleasure pathways in the brain, which can reduce the physiological response to stress and improve one’s sense of well-being. Exercise in a group setting may also contribute to feelings of reassurance, and promote active social involvement, which address depression and apathy experienced by many people with dementia.

This site uses Akismet to reduce spam. Learn how your comment data is processed.

At Proactive Care, we improve quality of life for the elderly in our community and offer a local, unique and innovative multidisciplinary approach to healthcare.

See what the ProActive Care team has been up to. 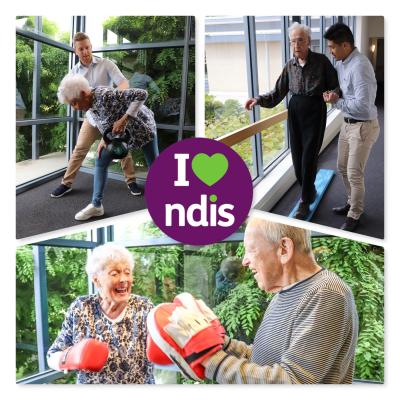 ProActive Care is excited to announce that our services now extend to cater for NDIS[...] 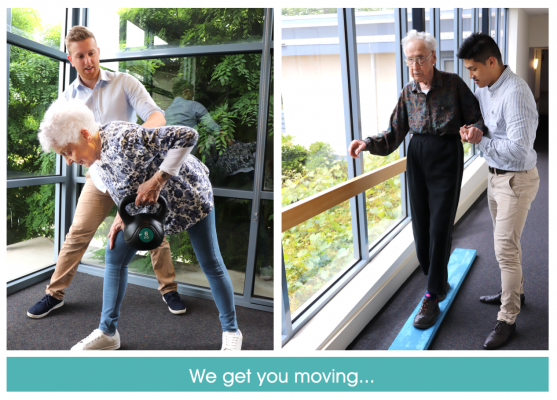